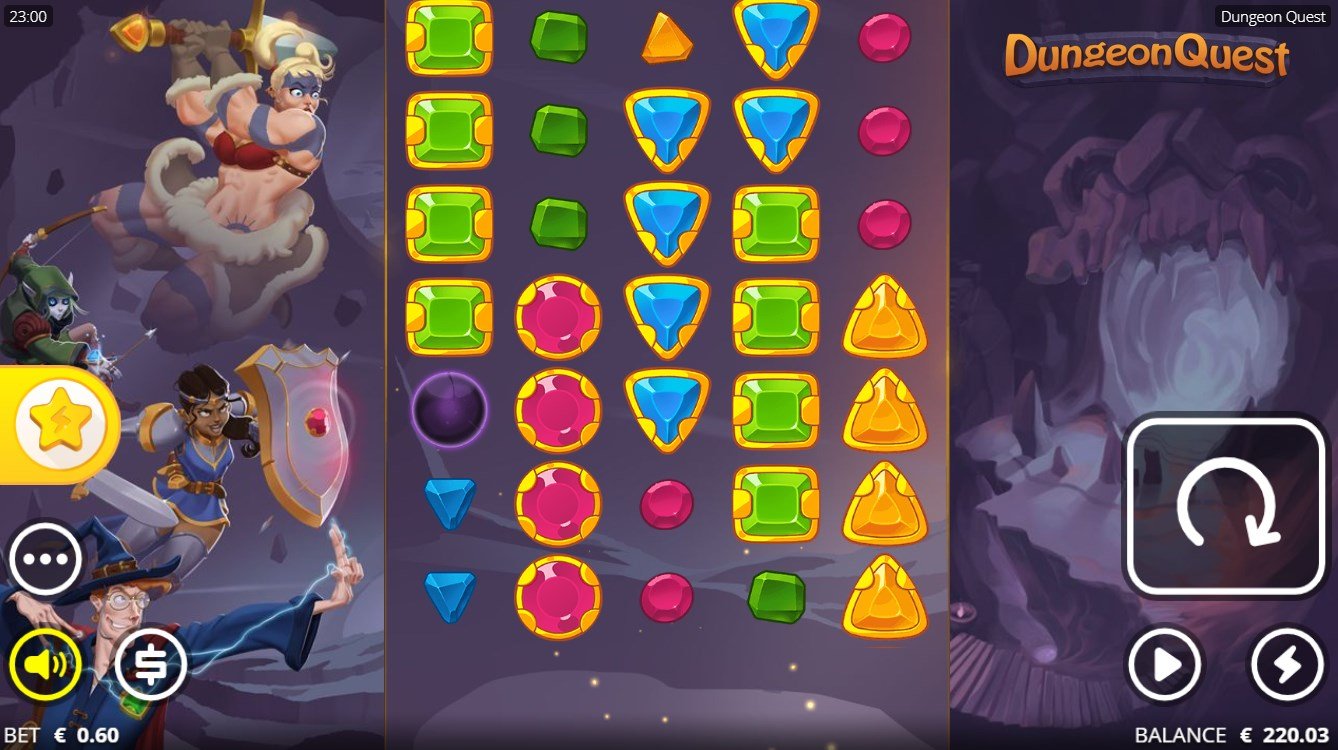 They are four heroes composed of a magician, a Viking, a warrior and an Elf. All in search of treasure and glory, they all have only one goal: to fight the forces of evil. To succeed, they will need the player’s help to collect so many powerful stones to earn up to 10,000 coins per game. Lend a hand to the heroes of Dungeon Quest and discover the game’s features.

Developed by game publisher Nolimit City, the Dungeon Quest slot invites you on an adventure into the realm of shadows. Accompanied by the four fantasy characters, your goal is to collect gems to turn it into a win. With an RTP rating of 96.27%, the slot was released in October 2018 and features a 5×7 slot with 29 active lines. The player can bet from 20 cents per payline, up to €100 per round.

Looking more like an arcade game than a slot machine, Dungeon Quest promises attractive payouts. What’s more, if you find a combination of 3, 4 or 5 identical symbols, lined up from left to right, you win a prize. Best of all, even if the first symbol that makes up the combination of 3 or 4 symbols lands on the second reel, you still get a reward.

The symbols represent four forged or raw gems in green, orange, blue and red. Pre-forged gemstones are worth 5, 15 or 100 times the bet per line and those still rough are worth 4, 8 or 30 times the bet. Wild, which is represented by a black stone, is worth 100 times the value of a bet and has the ability to substitute all symbols. The most important symbols are :