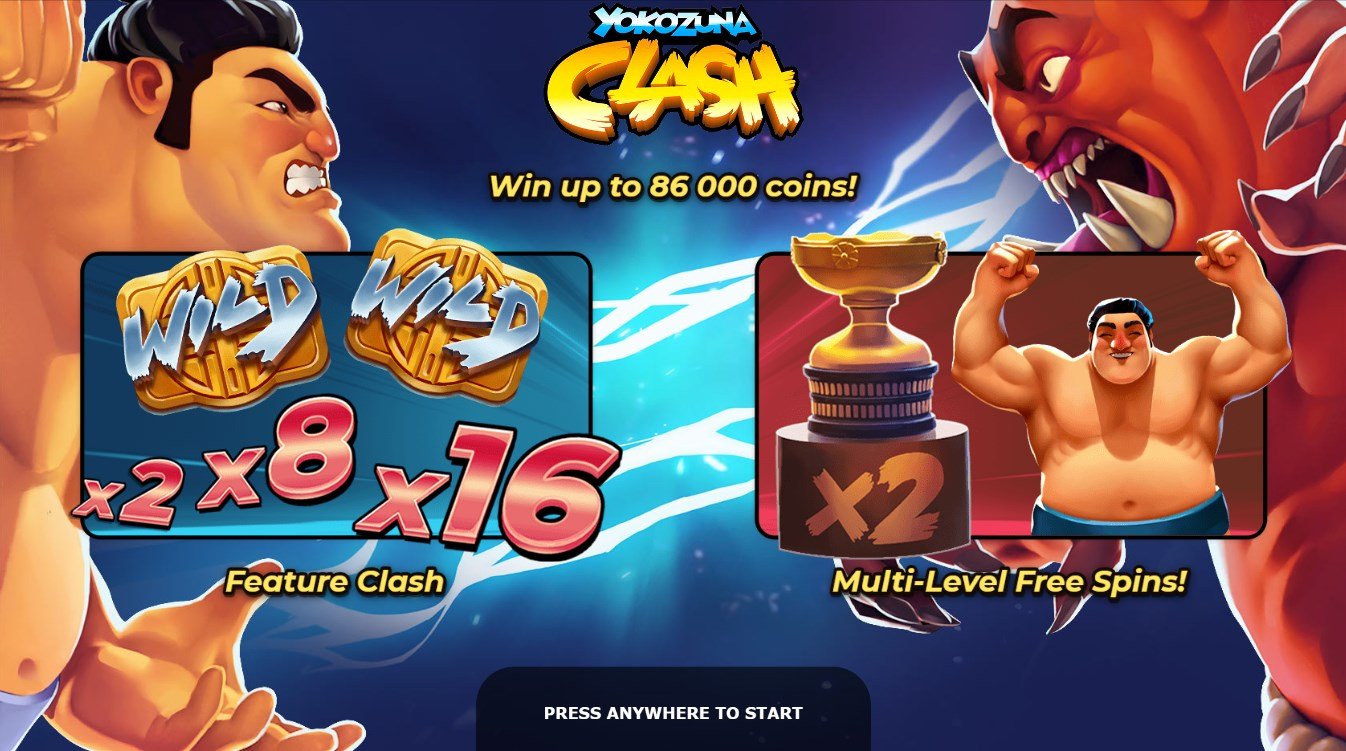 The Yokozuna Clash online slot from Yggdrasil Gaming takes the gamblers to Tokyo for the main Sumo tournament, where the fate of the main title in this form of martial arts is decided. The player will try on the role of heavyweight wrestler Riku and try to win the Yokozuna title.

The developers from Yggdrasil created a modern five-drum 3D slot with three rows of symbols and 243 winning combinations. The combos are considered in two directions from the leftmost reel and the rightmost reel. This feature is involved in the mechanics of the original bonus game.

The interactive playing field is a packed stadium where spectators watch a collision of sumoists. Riku and Haru wrestlers are constantly in the foreground and the drums are behind them. The theme and visual style of the game is reminiscent of The Ninja hit by Endorphina. And thanks to the unusual implementation of the mode of free spins Yokozuna Clash gaming machine in the casino has every chance to get to the ranking of the best in 2019.

The original mechanics of free spins allowed developers from Yggdrasil to make a series of free spins full bonus game. It starts when the first and fifth reels fall out symbols Free Spins.

The player’s avatar on the left side of the screen remains Riku or becomes Haru, for him randomly selected opponent: Daisuke or O’Conner. The athletes get closer in the middle of the ring and take the starting stand for the semi-final match for Yokozuna. At the bottom of the screen there is a scale with 7 steps for each sumo player.

In the bonus round, the direction in which the prize combination will be made is important. If the combo is lined up from the leftmost reel, it is attacked by the athlete on the left; if it is lined up from the rightmost reel, it is attacked by the wrestler on the right. The result is displayed on a scale at the bottom of the screen. The free spins continue until one of the Sumoists is pushed out of the ring.

In the event that a casino player avatar succeeds in winning, a series of free spins continues in the martial arts finals: the player will have to survive the bout with the champion.

Each sumo player has its own attack power, which is taken into account when hitting and filling the scale, as well as a special skill, which is expressed in the activation of prize functions:

In case of victory over Yokozuna, all the money earned by the casino player during free spins is doubled.

The developers from Yggdrasil Gaming once again managed to present for casino players ultra-modern slot with excellent graphics and elements of classic computer games. Strong plot, two-level bonus game and the battle with the main boss in the final can interest even casual casino players. They can play the slot machine Yokozuna Clash for free and without registration due to the availability of full demo. Yggdrasil casino games can play in almost all Dama N.V. Casinos.