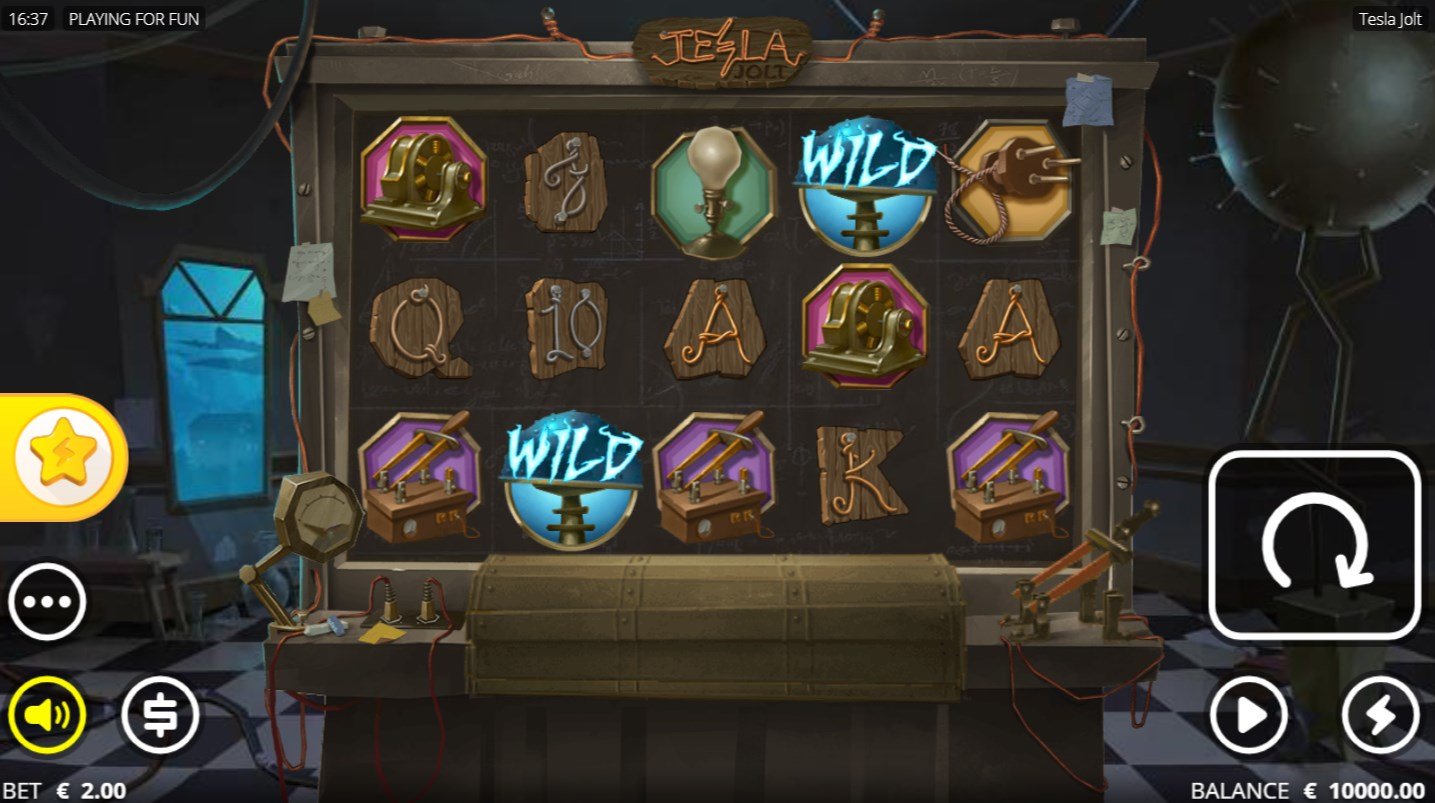 Software provider No Limit City has just released a new slot machine nicknamed Tesla Jolt. As its name suggests, the game takes us into the world of the greatest inventor being Nikola Tesla.

The developer has chosen a rather original theme by offering players many possibilities to win prizes. The interface takes us directly to the famous character’s laboratory with symbols that perfectly match the theme, such as electric current emitting devices, a light bulb, an electrical outlet, as well as the icons of a deck of cards 10, J, Q, K and A, engraved on wooden plates. The character of the game represents one of the most promising inventors and engineers of the 20th century, Nikola Tesla, who worked, among others, in the field of electricity.

The Tesla Jolt slot machine has 3 reels and 20 paylines. The publisher is strongly inspired by Tesla’s history, revealing a dynamic and electrifying atmosphere. Indeed, the graphics remain high quality and the soundtrack is accompanied by realistic and catchy sound effects. For example, we can hear the sound of a storm raging when an invention is being developed. Animations will also be visible with the electric current flowing through the rollers of the machine or being activated in the scientist’s room.

The game has advantageous features to optimize the experience and make your investment profitable. Among the available features, the list includes the “Tesla Jolt” formula without forgetting the unlimited free spins. Wilds icons that change as the session progresses, as well as free spins are also available. The Tesla symbol offers free spins between 10 and 20 at each spin.

According to the sales manager at No Limit City, Tesla Jolt remains a promising creation with options that will appeal to users. The team has done a remarkable job in terms of animation and graphics. What to satisfy all the most demanding Internet users. This production will be available on all iOS and Android supports. This eighth version marks the beginning of new achievements for this year 2018. It is already available since March 29th on most platforms powered by the developer.