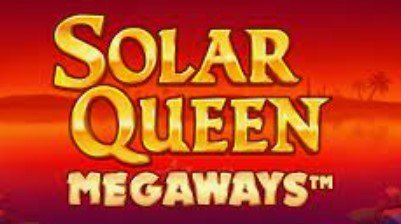 It’s time to go back to ancient Egypt and enter the temple of the sun queen to grab all the riches that are there. This adventure is offered to you in the Solar Queen Megaways slot from Playson.

To further captivate online gambling enthusiasts, developer Playson has decided to remaster its Solar Queen title. This production released in 2019 has been a big hit in the online casino world, thanks in particular to its well handled ancient Egypt theme and its quality graphics that have generated many favorable reviews. There are also the bonus features that have allowed punters to land big jackpots. So, to make the experience offered even more enjoyable and extraordinary, Playson integrated the Megaways mechanism into its Solar Queen slot. This resulted in the Solar Queen Megaways online casino game. In the game library of this publisher, this new production is not the only title to use this feature, and options like Legend of Cleapatra Megaways have already allowed players to have a good look at the prowess of the said feature.

In Egyptian civilization, women were well presented and revered. “They could drink, eat in public, and pass on their heritage,” says Francine Lelièvre, Director of the Pointe-à-Callière Museum. These beautiful ladies did not hesitate to set up plans in secret to overthrow their king in order to take the throne or to place their children. Wowed by the beautiful story of one of them, who is none other than the Sun Queen, Playson designed the Solar Queen Megaways slot. On the 5 reels of this title, French players will discover the true face of this Egyptian queen. Next to her, they will see the gods Anubis, Horus, Apis and many others.

In the background of the free slot game Solar Queen Megaways, you will have a beautiful view of the throne of the sun queen, palm trees and pyramids. The deep blue interface is very attractive and depicted with stunning graphics. When the Flaming Frames feature is activated, you will be amazed by the splendor of the sunset. All in all, the Solar Queen Megaways online casino game is visually stunning. To make their journey to the land of the pharaohs, casino players must place a bet here of between €0.2 and €100. The features that will allow them to finish the adventure with a jackpot of 3,874 times their bet are the free spins, multipliers, joker, etc. Keep in mind that the Solar Queen Megaways slot offers up to 7,776 ways to win and has an RTP of 95.85%.