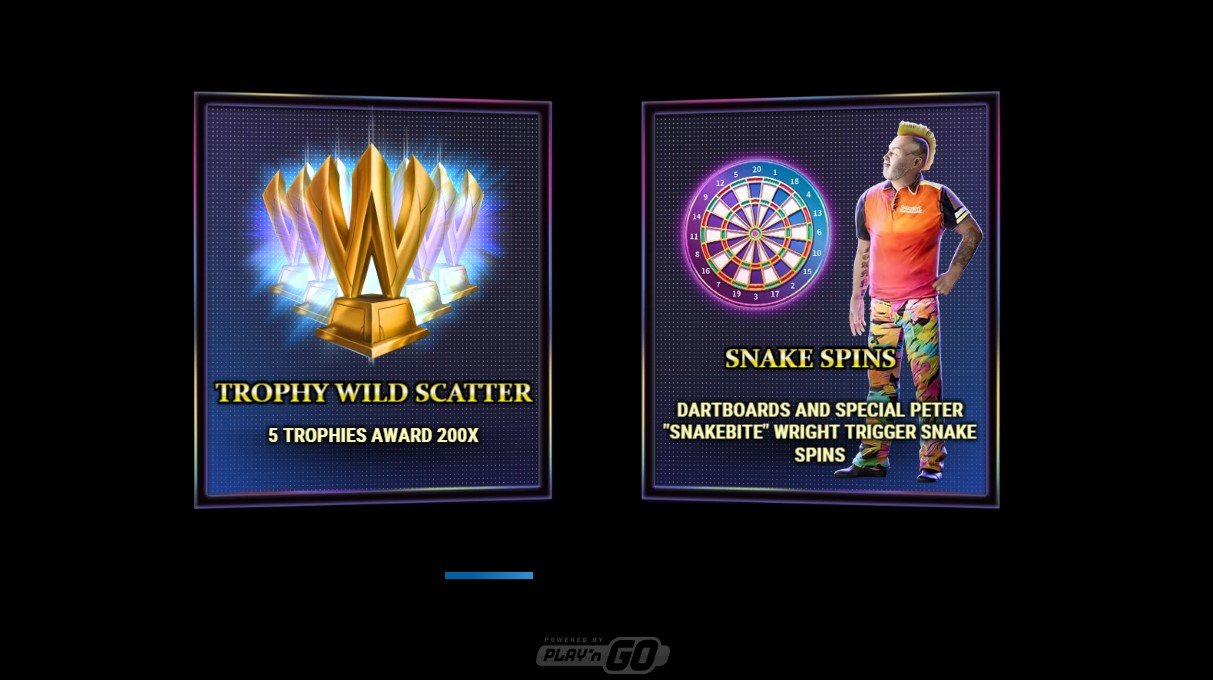 Snakebite is a new slot game released by Play’N Go this year. Through this game, this developer takes you on a wonderful adventure with the legendary darts champion Peter Wright.

Play’N Go is a software developer that has made a place for itself at the big table thanks to the quality of the games it designs. Most recently, he has been showing off his skills on slot machines about various personalities. With his new production Snakebite, he continues this trend by introducing you to the Scottish darts champion, Peter Wright, aka Snakebite. This game is already available on the best Dama NV online casinos sites powered by the developer and promises both fun and lucrative moments.

Snakebite is an online slot whose name may be confusing at first glance. While some may think it’s about snakebites as the name suggests, others may think it refers to the English beer also called Snakebite. Far from it! Indeed, Snakebite is the nickname of the Scottish darts player Peter Wright. This PDC world champion is a true icon, a genius when it comes to throwing darts.

But why is he called “Snakebite”? Actually, the nickname comes from his Mohawk-style haircuts. Done by his hairdresser wife at each tournament, they are quite remarkable with different bright colors. Maybe this is the secret of the undisputed champion, who knows? In any case, all this did not escape Play’N Go’s attention and they pay tribute to him in the most beautiful way by designing the video slot Snakebite. In this free game, the developer invites you to play as this iconic player to win a big jackpot of €600,000 at the end of the PDC World Championship.

Snakebite has 5 reels, 3 rows and 10 paylines. To play it, you need to budget between 10 cents and €100. The slot comes with an RTP of 96.2% and a medium volatility. Your adventure on this title takes place in a brightly lit stadium filled with many spectators, such as the 02 Arena in London. In fact, it will serve as the background for the 3×5 grid of this title. On the reels you will find icons of Peter Wright and his competitors, plus poker card icons (A, J, Q, 10). Also, you will find a trophy symbol, here representing the joker. In addition to this, you can take advantage of several other features that this title has to offer to fill your pockets.

New Games From Yggdrasil In February