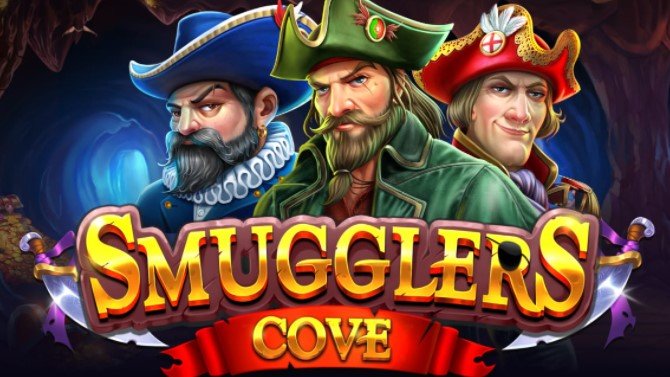 Put on the pirate costume you’ve been hiding since the last Captain Jack Sparrow movie and embark on an exciting adventure in Pragmatic Play’s Smugglers Cove slot. This production boasts beautiful graphics and several interesting features.

Considering the numerous slots launched by Pragmatic Play in 2021, it would not be wrong to say that it is perhaps the current dinosaur of iGaming. Indeed, this developer has designed several quality slots this year, exploring various themes and configurations. In order to close out its year in the best possible way, it has announced the release of a new online casino game called Smugglers Cove. Through this title, the publisher invites you to a treasure hunt on an island called Smugglers Cove. Get ready for a thrilling adventure with a crew of pirates this December at French online gambling sites powered by Pragmatic Play.

Go On A Quest For Smugglers Cove Treasures

Smugglers Cove is a 5-reel, 3-row, 20-payline video slot. This great production from Pragmatic Play invites you to join a group of three pirates on a quest to find the many treasures of Smugglers Cove. Your objective is to sail with these brave buccaneers to the island of Zakynthos, a place known to contain many gold bars.

Visually the free slot Smugglers Cove has cartoon-like graphics. In the background of the reels, you can see the shores of Zakynthos Island. As you venture onto this island with the three pirates, you may come across treasure chests containing numerous gold bars if Lady Luck smiles on you.

In addition to the buccaneers that will help you get your hands on these treasures in this free game, you will also be supported by bonus symbols, wild cards, poker card icons and more. Note that the value of these treasures is estimated at €1,000,000. However, to have a chance to win this jackpot, you need to bet between €0.20 and €100. The Smugglers Cove game comes with an RTP of 96.50% and will be accessible at Dama NV online casinos with interesting bonuses.

New Games From GreenTube and EGT