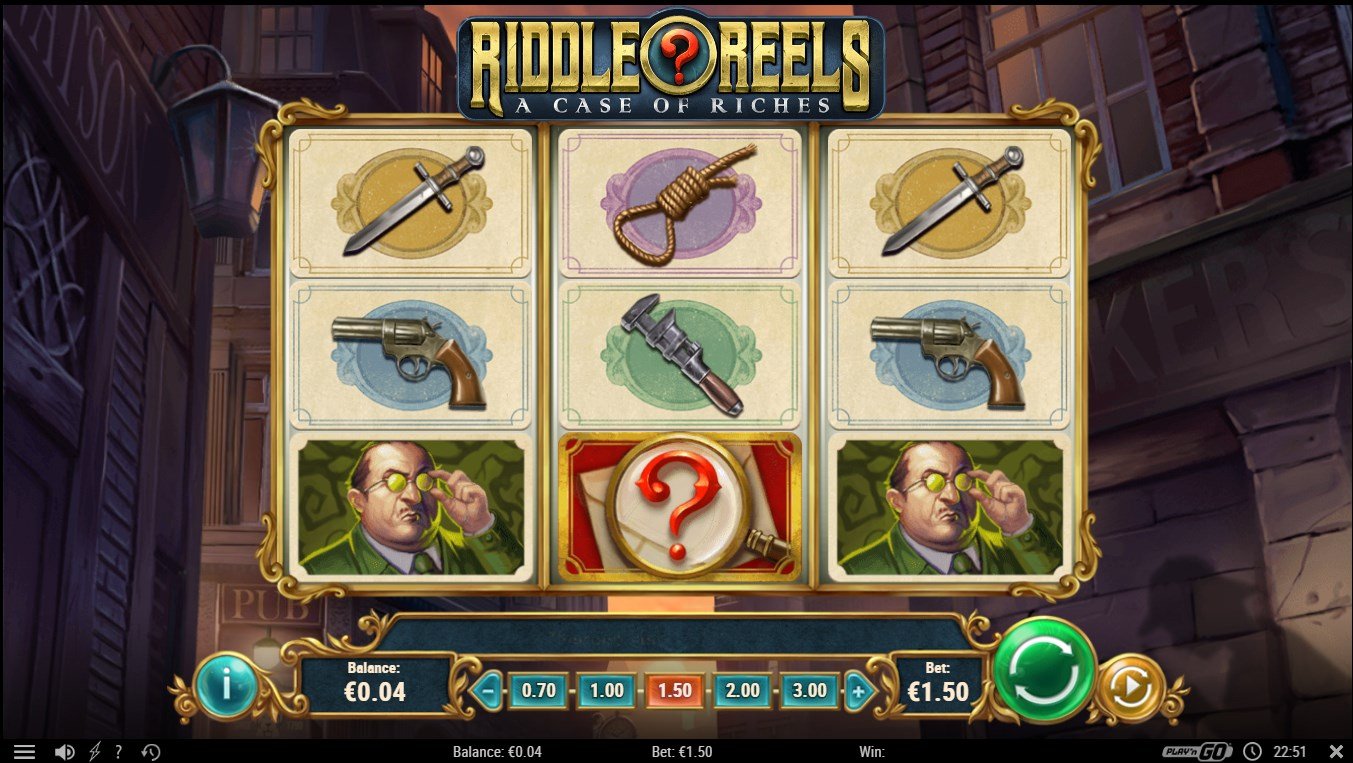 Swedish game software developer Play’n Go introduced a new slot for Riddle Reels: A Case of Riches. The main character will be the great detective Sherlock Holmes, who will solve another high-profile case.

The slot, consisting of three drums and three rows, has an average volatility, and the theoretical percentage of return to the player (RTP) is 96.22%.

Wilde, depicting Sherlock Holmes and Dr. Watson, may fall out both as normal and with X2 and X3 multipliers. The bonus round opens with three scatters, which are played by magnifiers. If only two scatter symbols fall out on the field of play, the Mystery feature is triggered for additional winnings.

At the start of the bonus user is given four attempts to roll the dice. Each time the player approaches the case, collecting evidence. When enough evidence has been collected, the Mega Spin function opens and allows the player to win a large sum.