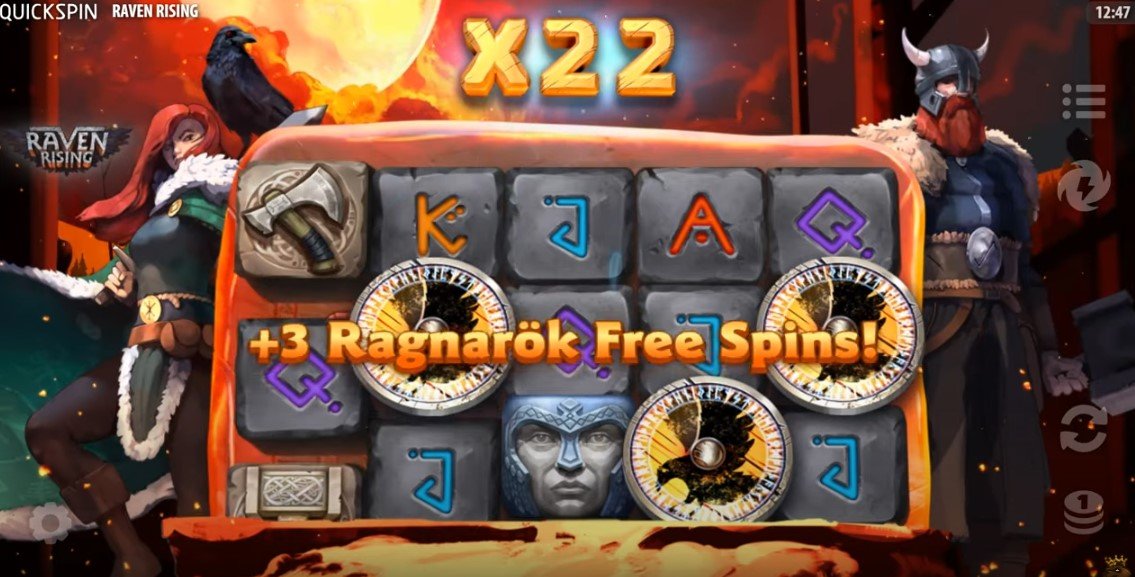 As it has become accustomed to doing, developer Quickspin is pulling out all the stops to bring slot machine enthusiasts a new title that is both immersive and captivating. This online casino game called Raven Rising will be available in the coming month of November for the great entertainment of its fans.

Raven Rising is Quickspin’s upcoming slot game that features graphics inspired by the Viking civilization. This title is designed to offer high quality entertainment to the various fans who enjoy the Viking theme. In 10 years of experience, the developer Quickspin is well known for its wide game library that has won numerous awards on an international scale. Indeed, in 2013 it won the game of the year and in 2016 the rising star of software at the EGR B2B Awards. Casino playerss should expect an outstanding title that will meet their expectations. In addition to offering quality visuals, Quickspin makes this entertainment even more interesting because of its lucrative potential. This title promises to give you a great time of fun and lucrative entertainment on the best Dama NV online casinos sites.

Quickspin’s Raven Rising slot game will be available at French online casinos when it is released in November. This title is inspired by the legendary Viking civilization that greatly influenced the history of Europeans and the world. The graphics of this production are very attractive and reveal the sometimes extreme living conditions that the famous Viking warriors had to endure. These valiant warriors have had several exchanges and faced fighters from both the Greek and Roman empires. During their expedition, the Vikings eventually settled in northern Europe in Scandinavia. As soon as the game starts, you will see two Viking warriors standing guard in the background against a snowy landscape.

Raven Rising is a free slot game with a 5 reel, 3 row grid. The two warriors on either side of the reels keep the game area running smoothly. You will see on the game grid several stone poker card icon symbols, axes, warriors, ravens and many more. On this casino game that offers up to 20 paylines, you have the option to bet between €0.20 and €100 per spin for a chance to win the jackpot of 6,804 x your initial bet. The RTP of this production is up to 96.00%. Quickspin has incorporated several bonus features into the game such as wild cards, multipliers, free spins and more to help bettors make their session more profitable.