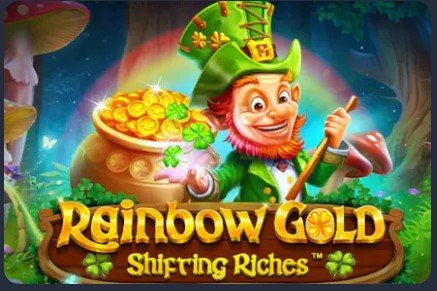 Get ready for another trip to the land of Ireland in Pragmatic Play’s new online slot game. Called Rainbow Gold: Shifting Riches, this online casino game invites you to an odyssey with the leprechaun.

Among the popular themes that software designers draw upon when designing their slot games, Irish mythology figures prominently. Featuring numerous tales based on deities and the leprechaun, its folklore remains one of the most beloved in the world to this day. This is certainly the reason why the prominent developer Pragmatic Play took inspiration from it to design its online casino game Rainbow Gold: Shifting Riches. It is a production that invites you to spend pleasant moments in the company of the Irish leprechaun. Planned to be made available to betting sites, including the new French online casinos, this game offers you the possibility of winning a super jackpot of 5,000× the initial stake.

Go On A Quest For The Leprechaun’s Golden Cauldron

As mentioned above, Rainbow Gold: Shifting Riches is a slot game that has a theme of Irish mythology, specifically the leprechaun’s pot of gold. According to this folklore, the little green leprechaun, would have a cauldron overflowing with gold coins. As one could well imagine, this treasure is hidden in a safe place, but known to all: at the foot of the rainbow. This simply means that it cannot be found. To find the treasure, you will have to find the little Irish leprechaun. This is not easy, but as a German proverb says, “No one is luckier than the one who believes in his luck”. So don’t hesitate to try your luck in the free online slot Rainbow Gold: Shifting Riches. If Lady Luck smiles on you in your quest for the pot of gold in this casino game, you will win a jackpot of €500,000.

Rainbow Gold: Shifting Riches is designed with 5 reels, 3 rows and 20 paylines. To play it and try to find the pot of gold, you need to bet between €0.20 and €100. The title has a progressive RTP of up to 96.63%. As usual, Pragmatic Play has responded with bonus features. For example, you will be able to enjoy wild cards, free spins and multipliers during your sessions on the Rainbow Gold: Shifting Riches slot. It is scheduled to go live in March.