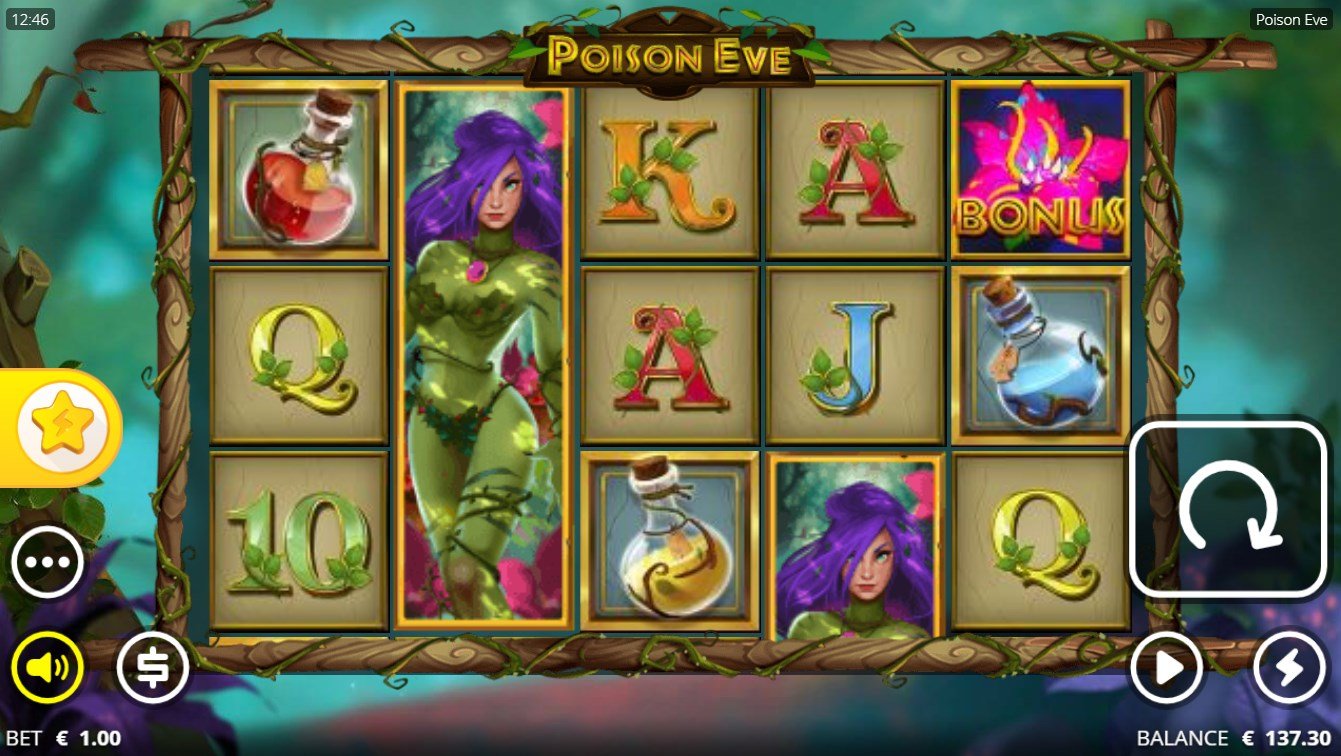 The developer No Limit City has launched a slot machine called Poison Eve. Available on partner online casinos since December 2019, the game is inspired by a famous character from the DC Comis universe, Poison Ivy, a wicked woman from the Batman saga.

The free casino game Poison Eve takes us to the Garden of Eden and features three options: Vine Wilds, Liquid Magic and Flower Power. The graphics are carefully crafted with a soundtrack that perfectly reflects the theme. The interface exposes a colorful visual that favors a green tone and the play of light that punctuates the animations. The elements present correspond to the theme such as leaves, flowers, vials of poison and of course, Eve. As for the range of bets, the bets vary from 0.20 cents to 100 euros per round.

In the Poison Eve slot machine, the spin sequence revolves around numerous features. The title consists of 5 reels, 3 rows and 20 paylines. This latest creation from the publisher offers different symbols including Wilds. This function is able to replace any symbol except the bonus. Once this icon appears on the screen, it will spread over the entire reel to offer significant winnings. Note that the Wild is only displayed on the three center reels during the basic game. Other additional features are available, starting with the famous Poison Eve. This triggers the Liquid Magic bonus. The bonus reserves a reward worth 2,000 times the wager. In addition, the symbols shown on the bottles turn into the Poison Eve symbol.

The slot has another bonus called Flower Power leading to free spins. The principle remains simple, just line up a bonus symbol on the Hot Zone on the last reel. Everyone will maintain their position throughout the spins. Thereafter, the player gets random free spins.

In short, No Limit City’s Poison Eve slot should satisfy fans of the supplier. This production features 12 different symbols that award interesting winnings. With a payout rate of 96.08%, the gameplay can appeal to all categories of users.

You can chosse any Dama NV Casino to try this cool slot game.