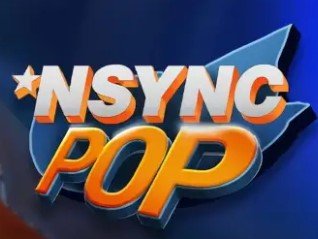 Play’N Go announces its return to Dama NV online casinos with a new branded slot game called NSYNC Pop. If you listen to a lot of songs from the 80’s, 90’s or 2000’s, this name is bound to ring a bell. Indeed, NSYNC is one of the most famous pop music groups of that time. In this game, the publisher offers you the opportunity to discover their hit song “Pop” and relive all the emotions it once gave to music lovers!

In the online betting industry, Play’N Go is undoubtedly the most prolific software developer. Since its inception, it has produced a large number of branded slot machines with themes featuring musicians. Kiss Reels of Rock, Alice Cooper And The Tome of Madness, ZZ Top Roadside Riches and Saxon are just some of the titles through which this developer has paid tribute to music stars. For this month of June, he announces the release of a new similar game called NSYNC Pop. As the name suggests, this slot puts the famous pop music group NSYNC in the spotlight. Read on to find out more about it!

Dance To The Beat Of NSYNC’s “Pop” Title

Formed in 1995 by Chris Kirkpatrick in Orlando, Florida, NSYNC is a music group consisting of Justine Timberlake, JC Chassez, Joe Fatone, Lance Bass and of course Chris Kirkpatrick himself. Known to set the mood, this band of boys as they are often called, managed to mark the period from the 80s to the early 2000s with their hits. NSYNC made its first steps in the showbiz industry in 1997 with a very successful album bearing the band’s name. After that, many albums followed and also had huge successes all over the world.

During their career, NSYNC has received several nominations including a Grammy Award. The boys also performed at the 2000 World Series, the 2001 Super Bowl finale and the 2002 Olympic closing ceremony. Their most famous collaborations are with Elton John, Stevie Wonder, Michael Jackson, Janet Jackson, Britney Spears, Celine Dion and Nelly. Among all these albums, Celebrity stands out. Released in 2001 and featuring the lead single “pop”, it sold 1.8 million copies in just one week in the United States.

The track “Pop” written by Justin Timberlake and Wade Robson won four MTV Video Music Awards (Best Group Video, Best Dance Video, Best Pop Video and Viewers’ Choice). Are you a fan of the band NSYNC and particularly enjoy the song Pop? Play’N Go’s NSYNC Pop free slot is definitely the game you should try. On the reels are the five boys of the band. They will play the song “Pop” during your sessions.

Since Play’N Go is still working on this online casino game, we don’t have any more information at the moment. However, considering the quality of entertainment and jackpots that this software developer has accustomed bettors to on its similar titles, we can expect an exceptional slot machine with several bonus features.