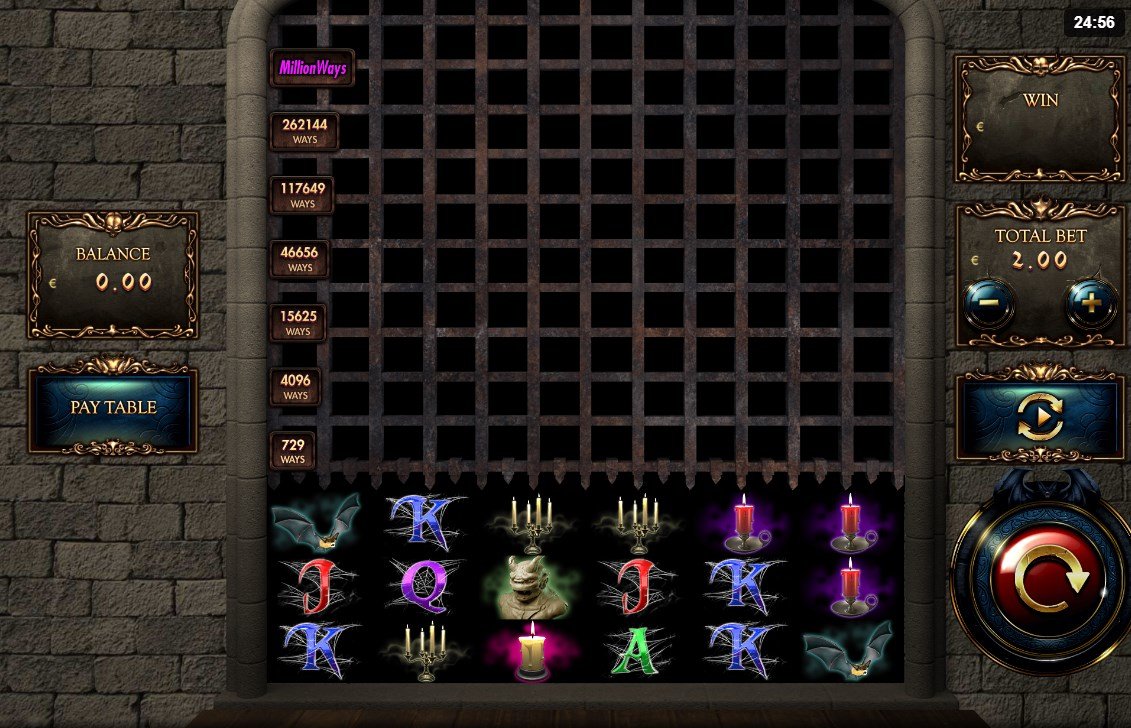 In recent days, the online casino software development company has been in the spotlight. Its new Million Dracula slot machine has indeed caused a sensation because of one of its features that is simply unbelievable: the ways to win in this game that can go up, up and up and up again to reach the 1,000,000 mark. We were already impressed by the Megaways virtual real money productions that can offer hundreds of thousands of ways to win. But having the ability to form winning combinations of a million different ways is simply unheard of. You will discover in the following article the name of the famous mechanic that set this new record. In addition to this most exceptional feature, the new Red Rake Gaming title has many other advantages. These include its bonus features and also its lucrative potential, which can be discovered here. But before we talk about it, let’s take a closer look at the theme, the design and everything to do with the game’s interface.

Enter Dracula’s lair and discover the mystery of his wealth

Of all the supernatural characters that legends and fabulous stories have given birth to, the most famous is Dracula. And whenever Dracula is the star of a film, a play, a video game or an entertainment option on online gambling sites, it goes without saying that these are often worthy of interest and worth the diversion. This new Red Rake Gaming Million Dracula slot machine featuring the famous Count was no exception. It offers a fascinating gameplay that takes place on an atypical genre structure. This one has a cage-like configuration with a format showing 6 rolls. The proposed soundtrack is gloomy and creates an intriguing atmosphere in which you will be totally immersed in the bath of your sessions from the outset. Icons to match to earn money include the letters A, K, Q and J, a cup of blood, bats, a coffin, a variety of candles, the photo of Dracula and much more.

As you can imagine, the attraction of the Million Dracula slot machine is its one million paylines. It is possible to form winning combinations in so many different ways thanks to the MillionWays technology which is a registered trademark of Red Rake. That said, the one million paylines are triggered gradually. You start with 726 ways to win and by chaining the winning combinations with the same icon, this number will increase to 4,096, 15,625, 46,656, 117,649, 262,144 and then 1 million. To signal to the player that they are moving up to the next level in terms of the number of paylines, the bars of the cage that structure the game are raised by one row. In addition to this feature, punters can count on a joker that can replace any icon if winning combinations are required. The joker cannot, however, replace the bonus symbol, whose 3 simultaneous appearances trigger a game of free spins.