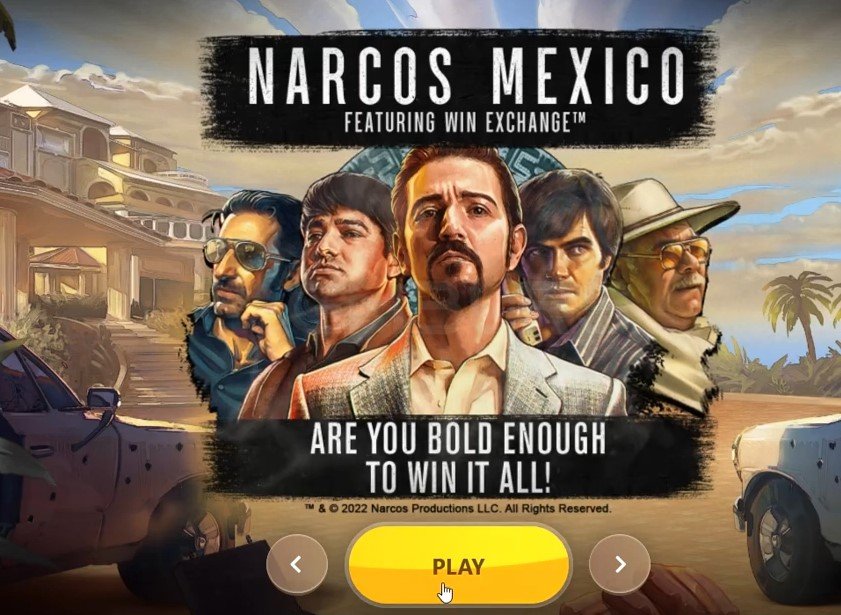 If you’re a fan of movies or Netflix series based on drug trafficking, you’ve probably already watched “Narcos”. If you haven’t, now is the time to check out this story about the new game from Red Tiger Gaming. This developer has been inspired to create Narcos Mexico, a slot machine that follows the adventures of the Mexican drug lord Felix Gallardo.

Red Tiger Gaming is a relatively young developer that has quickly established itself in the entertainment industry through the quality of its casino games. It has been offering slot machines with themes inspired by various worlds for almost 8 years. In its new production Narcos Mexico, this software designer was inspired by the famous series Narcos to make you relive the adventures of the Mexican drug trafficker Miguel Ángel Félix Gallardo. This kind of production was once seen on the online gaming market under the name Narcos, a work of NetEnt, a partner at Red Tiger Gaming. The difference here is that Narcos Mexico has many assets that will certainly not leave anyone indifferent.

Narcos Mexico is a video slot designed with 5 reels and 243 ways to win. Through this title, Red Tiger Gaming invites you to relive the adventures of Miguel Ángel Félix Gallardo. Indeed, this designer was inspired by the series Narcos to design this online casino game. For those who have not followed it, it is a feature film that traces the birth of the Guadalajara Cartel and the relentless fight of Mexican anti-drug agents and the DNA against this drug trafficking organization.

The organization in question was led by Miguel Ángel Félix Gallardo and was certainly the richest and most ruthless cartel in modern criminal history. Thanks to Red Tiger Gaming and its slot machine available in instant mode, you will have the opportunity to discover the history of this cartel. As you spin the 5 reels of this game, you will see several symbols that describe the bloody tug of war between these drug dealers and Mexican and American anti-drug agents.

To play Narcos Mexico and discover the story of the birth of the Guadalajara cartel, you must place bets between €0.10 and €10. The jackpot that comes into play during your sessions on this title is valued at 10,486 x the initial stake. Its official launch is scheduled for March 2022 so get ready to welcome this production by the way, has a multitude of features. You can play it on Android smartphones, iPhone, windows phones and tablets. Its RTP is 95.70%.