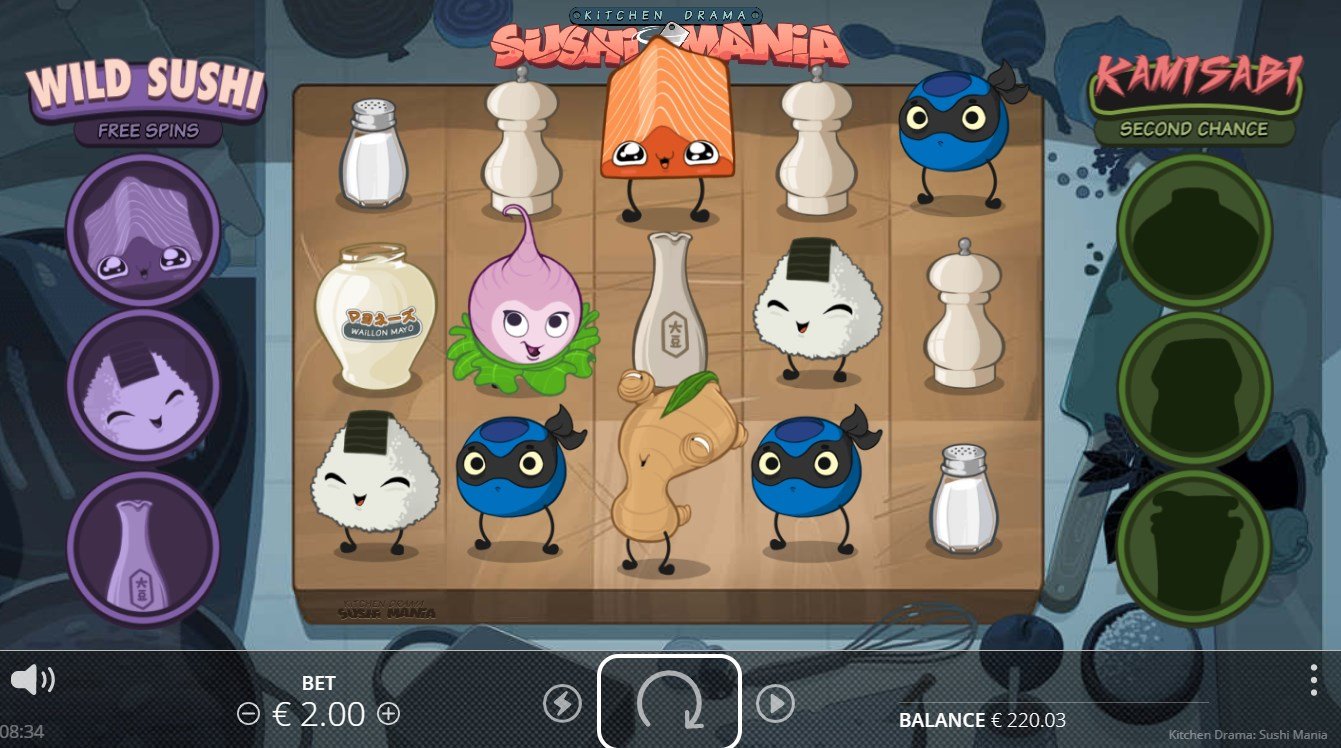 Currently, sushi is in fashion. That’s why the software provider NoLimit City had the brilliant idea to honor this specialty from Japan through its Kitchen Drama Sushi Mania slot machine.

It’s a 5 reel, 20 payline title. It’s a variation that focuses on Japanese gastronomy. The Kitchen Drama Sushi Mania slot machine game has two jokers that can replace any symbol in order to complete or form paying combinations. One is called Bunshin Wild which represents a blue ball armed with a Katana. It appears on rolls 2, 3, 4, or 5. If you get it, it will replace two randomly chosen icons as an additional wildcard. It is also possible for the player to win free spins. To do so, a salmon symbol, a rice icon and the soy sauce icon must appear during the game. Then you can pocket 10 free spins during which the icons representing salmon, rice or sauce become a joker represented in a sushi. Don’t forget the Tumbling Reels feature.

After each win, the symbols that go into the winning combinations will disappear to make way for those above. Then the player can get a new screen setting that can make money again. After three consecutive wins, the Kamisabi Second Chance feature is also launched to increase the chances of winning, as each win frees up more space on the screen. In addition to the eye-catching features, this NoLimit City slot entitled Kitchen Drama Sushi Mania appears to be considerably lucrative.

For example, its payout rate can be as high as 96%, while its average variance could certainly appeal to all users. And in terms of parameters, it’s a game that can offer a wide chance of winning huge prizes while still being fun and entertaining.