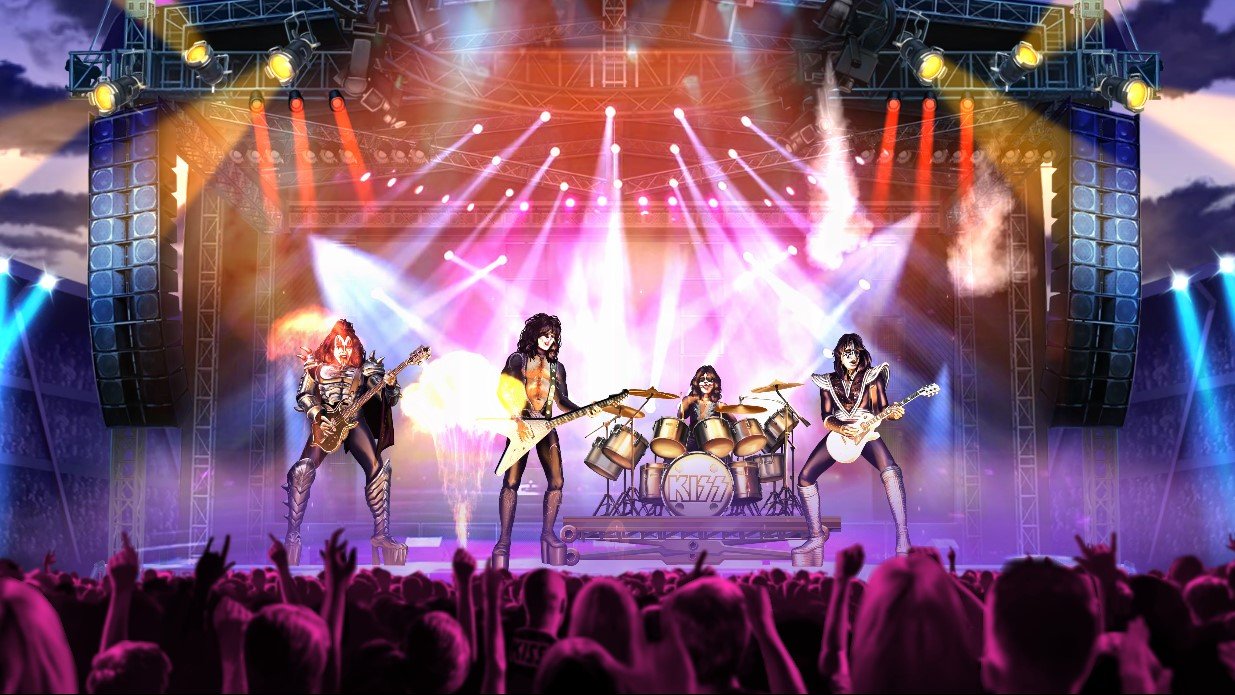 Starchild, The Demon, The Spaceman and The Catman are ready for their last tour of the year. You can join them with the new Kiss Reels of Rock slot from Play’N Go.

In the sphere of online casino games, if there is one developer that pays the most homage to rock stars, it is Play’N Go. Indeed, releasing music-themed slots is one of the specialties of this software developer. In the past, we’ve seen it in action with titles like Alice Cooper and The Tome of Madness, ZZ Top Roadside Riches and The Twisted Sister, to name a few. Kiss Reels of Rock is the latest addition to the sublime lineup he’s been wowing casino players with. This time, the band Kiss is in the spotlight. Given the quality of entertainment offered by the previous titles, expect much more on this new opus. Details are here!

Kiss Reels of Rock is a music-themed online slot that pays tribute to the rock band Kiss in a beautiful way. This is one of the most popular bands in the rock world in the 1970s. It is composed of four eccentric characters namely Starchild, The Demon, The Spaceman and The Catman. They were very famous for their makeup, bizarre costumes, bloody atmosphere on stage and other strange and crazy behavior.

On Kiss Reels of Rock online casino game, this band is about to tour six major cities around the world. It starts in Johannesburg and ends in New York, Tokyo, Sydney, London and Rio De Janeiro. Play’N Go is inviting you to join them on this free slot machine tour for a great time. In Johannesburg, there is only one place that can host the great Kiss concert: the beautiful and large Soccer City Stadium. You will see this very stadium filled with thousands of enthusiastic fans in the background of the reels of this online casino game. Speaking of reels, Kiss Reels of Rock has 6 in total. As for the soundtrack, you’ll have the pleasure of listening to the best Kiss songs while you play.

In order to help you get the most out of your sessions on its production, Play’N Go has taken care to include some features that you are sure to enjoy. The most remarkable of these are the jokers and free spins that are represented by the name of each city on the tour. Note that in order to offer you the latter, you must bet between €10 and €100. An RTP of 96.2%, 576 ways to win, and a jackpot of €5,000,000 are the other features of the Kiss Reels of Rock slot.