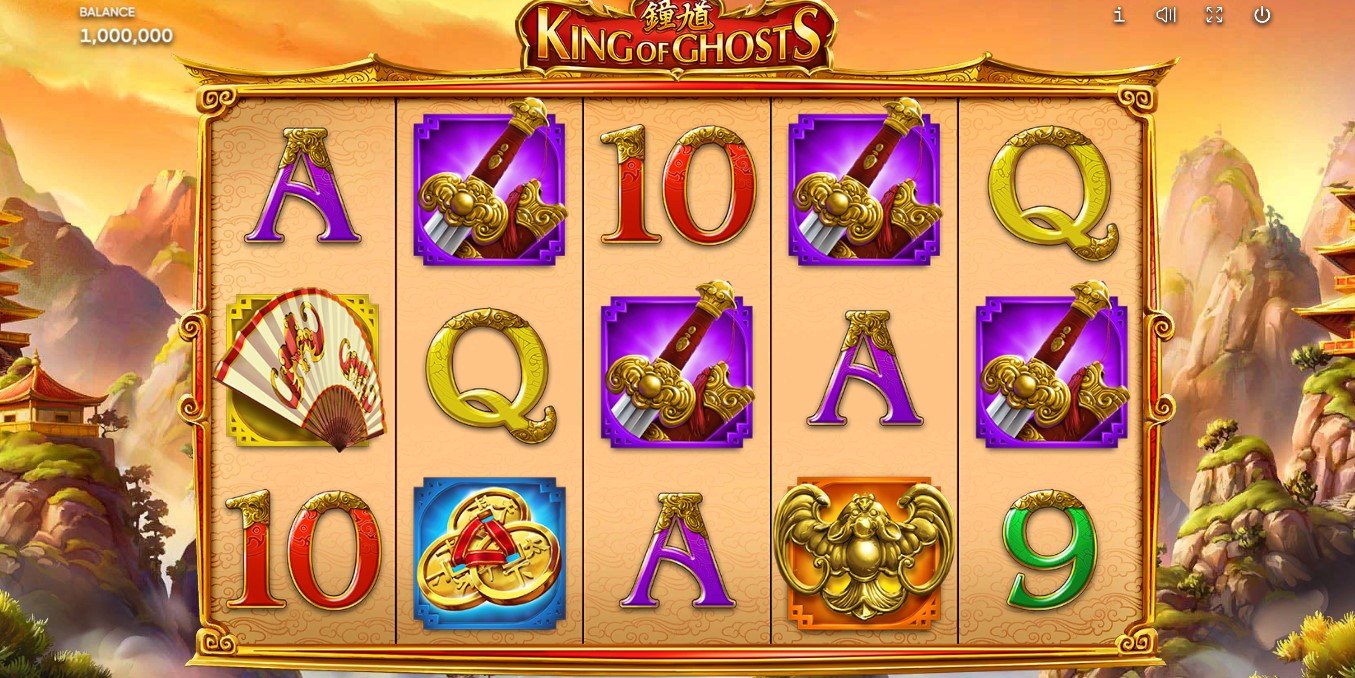 Do you know the legend of the ghost king Zhong Kui? In this Chinese spring season, what better way to discover this myth strongly linked to Chinese tradition. Endorphina offers you the opportunity to do so in its new King Of Ghosts slot.

After its invitation to celebrate Valentine’s Day in color through its online casino game Wild Joker, Endorphina returns to the Dama NV virtual establishments with a new slot machine called King Of Ghosts. This production has a theme inspired by one of the oldest Chinese myths. As the name suggests, it is the myth of the ghost king Zhong Kui. In this online casino game, Endorphina invites you to summon this mysterious ruler to win big. As is often the case, this software developer has shown skill and ingenuity in bringing you breathtaking graphics in this free slot game.

According to the legend of the Ghost King, in ancient times there was a mysterious old man who could communicate with the dead. He lived in a house nestled in the high mountains of ancient China. He was endowed with a mystical power that allowed him to live among the dead as well as the living, taking care of and watching over the rest of the lost souls that needed guidance. To this day, this myth continues to appear in Chinese tales, and the prominent developer Endorphina has decided to make it even more visible through the King Of Ghosts slot.

To do so, it invites you to venture to the top of the mountains and summon this king of ghosts in the King Of Ghosts free video slot. Once he appears, he will grant you protection and blessing to win big during your sessions. Moreover, he is the wild card in this 5 reel, 3 row, 20 payline online casino game. It will appear to replace all symbols except the scatter symbol to create winning combinations. On its 5×3 grid, there are many symbols that perfectly reflect the theme.

You will see symbols such as the golden coins, a Chinese fan, a sword and a golden bat and of course the icon of the ghost king himself. The betting range for playing the King Of Ghosts free slot machine varies from 10 cents to €20. Apart from the joker, represented by the icon of the King of Ghosts, Endorphina has integrated other features into the King Of Ghosts slot machine. These are mainly free spins, multipliers and the gamble feature. They will increase your chances of winning during your sessions.