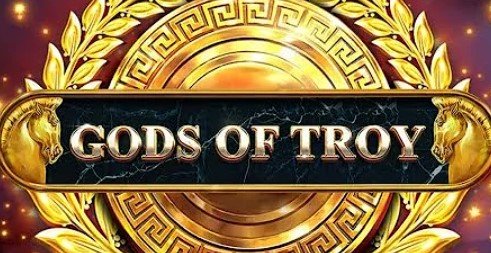 The Trojan War and all its legends have been the basis for the design of the themes of many online casino games. This is also the case of the new production of Red Tiger entitled Gods of Troy which will soon be accessible on virtual betting sites.

The Software publisher Red Tiger since its appearance in the online betting industry in 2014 is at the service of French bettors. It offers them an array of outstanding titles. These are equipped with beautiful graphics, an incredible soundtrack, and attractive themes. It will be no exception to the rule with its new Gods of Troy slot machine, which is scheduled for release in August at the best online casinos. This production incorporates innovative features capable of increasing the chances of winning for casino players. These include free spins, wild cards, multipliers, etc. Several Red Tiger slots have already won awards recently for their performance. We hope that the same will happen with the new nugget from this publisher. Visit the betting platforms powered by Red Tiger to see what this online casino game has in store for you in terms of quality.

Gods of Troy is a slot game whose theme is inspired by Greek mythology and in particular the legends surrounding the famous Trojan War. Indeed, this time the software developer Red Tiger, through its one of top online casino game wanted to highlight the Greek gods who had a role in this battle. According to one legend, the Trojan War was born from a quarrel between the goddesses Hera, Athena and Aphrodite.

According to another story, the Trojan War was caused by Zeus’ desire to depopulate the land of the people who lived there and in particular of his demigod descendants. In Greek mythology, Zeus was an eternal infidel! He had had many children on earth that he did not wish to see mating with mortals. If Red Tiger was inspired by one of these legends to design its Gods of Troy slot machine, it is to invite you to prevent the Trojan War by defying these gods and at the same time obtain numerous rewards.

The Gods of Troy online casino game has 5 reels, 4 rows and 30 ways to win. To enjoy this entertainment option, you are invited to bet between 0.10 and 20€. Moreover, thanks to the innovative features that this title incorporates, you can win a super jackpot of up to 6,000x your initial bet. In addition, Gods of Troy also has an RTP of 95.74%.

PapayaPop – Slot From Yggdrasil And AvatarUX