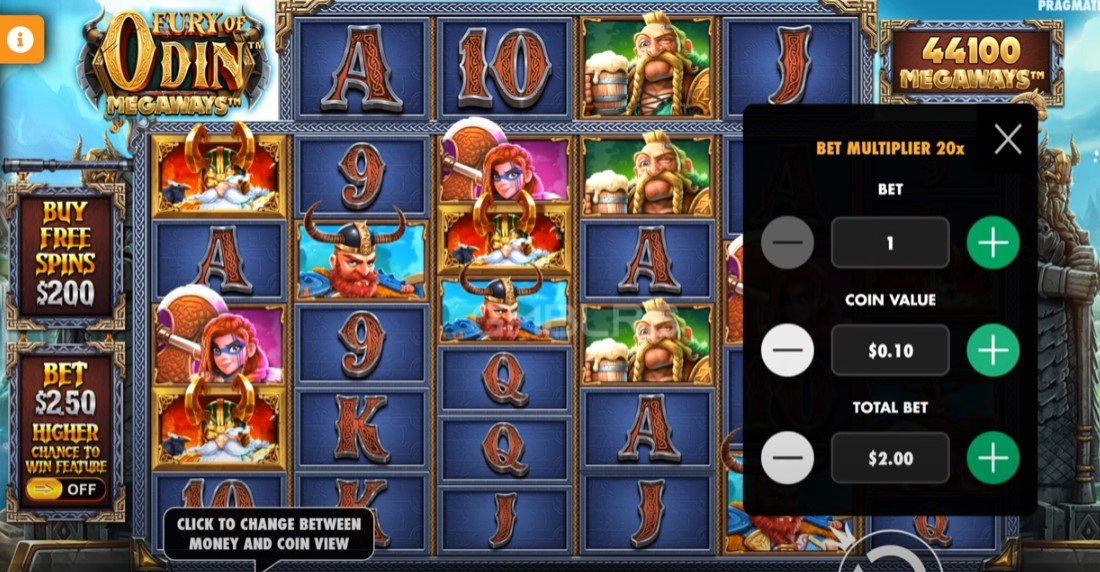 Pragmatic Play continues to work hard to provide for casino players with entertaining and lucrative online casino games. By the end of 2022, this developer plans to bring a new title called Fury of Odin Megaways to modern slot fans.

The theme of the Fury of Odin Megaways slot machine is about the main deity of the Nordic religion. This online casino game will undoubtedly appeal to punters who have a soft spot for Odin, the god of war and victory. Pragmatic Play has a well-stocked library of quality entertainment options that have been a big hit with Dama NV casinos players, so we assure you that this game will live up to your expectations. The Fury of Odin Megaways slot has top-notch graphics, and also offers a not insignificant asset that is its interesting profit potential. Pragmatic Play promises to provide you with the best entertainment experience at the best online casinos.

Fury Of Odin Megaways: The Devastating Power Of Odin

Fury of Odin Megaways is a new slot game inspired by Norse mythology. According to Norse mythology, King Odin is the embodiment of divine power and is revered by the Viking peoples. He is also the god of war and victory. Some see him as the god of death and knowledge. For others he is only the god of hunting and poems. Odin is usually represented as an older man with a beard. To become part of his army, Pragmatic Play invites you to get wrapped up in the big battle.

On Fury of Odin Megaways slot, real entertainment awaits you. If you win the battles you face, the warlord will give you a share of his well-guarded treasure. In the background of the reels, you will see King Odin’s home on high ground and Odin wearing his war armor and carrying his spear. The reward that awaits you is huge and can reach up to 15,000 x the amount of your initial bet. Several bonus features are built into the game such as wild cards, free spins and more to boost your chances of winning big.

To be part of this mission, you must first make bets between €0.20 and €100. The Fury of Odin Megaways free slot is designed with 6 reels and offers 262,144 ways to win. This casino game has a high level of graphics that is bound to capture your attention. A whole army of fighters is ready to fight alongside Odin. On the reels you will see many warriors sometimes with swords and sometimes with beer to celebrate the great victory. On these grids, there are also poker card icons.