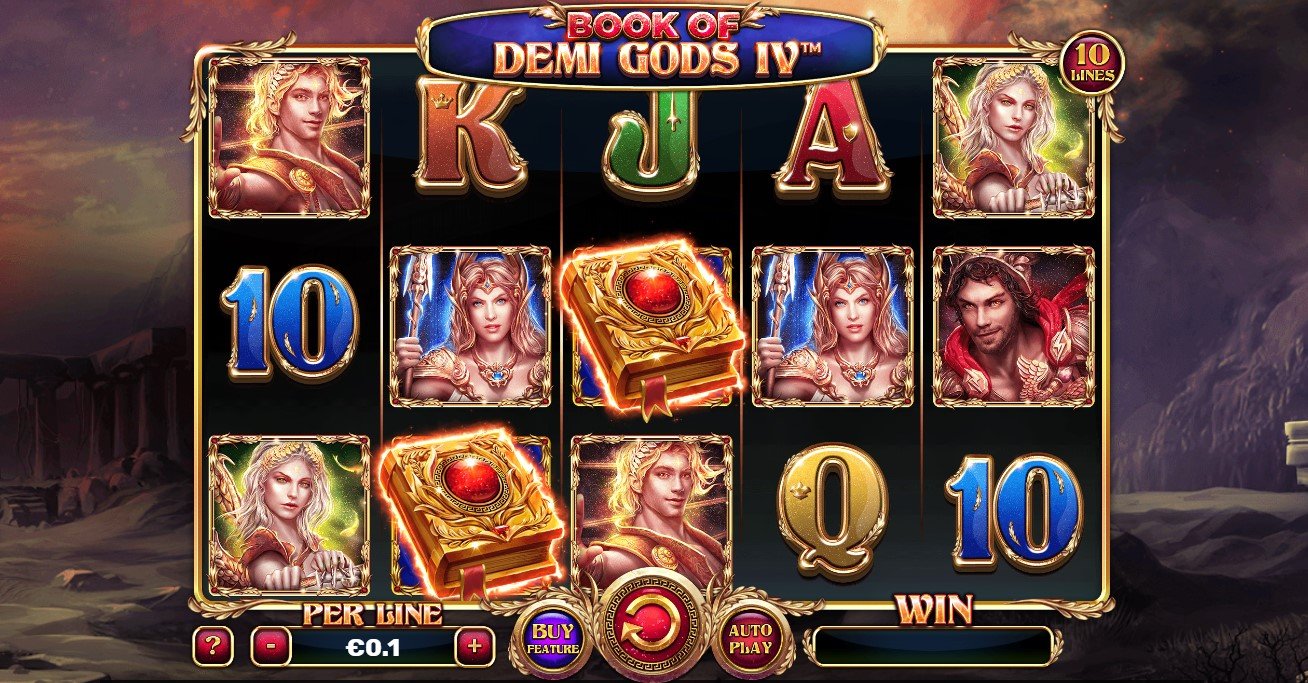 Spinomenal announces the release of Book Of Demi Gods IV slot machine. This production is a new installment of the successful Book Of Demi Gods game series launched by this developer for the first time in June 2020. It promises quality entertainment to the casino players.

Operating in the casino online gaming market since 2014, Spinomenal has built a solid reputation over the years by offering the most entertaining titles to punters. Every year, it strives to bring something new on its productions by taking care to add new touches. For more than two years now, he has accustomed players to his Book Of Demi Gods series of slot machines. As usual, each new version of the latter is released in June, and this year Spinomenal has not failed to do so. Earlier this month, the software developer announced that it had released the Book Of Demi Gods IV slot. With improved graphics and new bonus features, this online casino game is already garnering many positive reviews from the ranks of bettors.

Use The Book Of Gods To Unlock The Secrets Of Wealth

Spinomenal’s Book Of Demi Gods IV slot invites you on an odyssey to Asgard, home of the mighty Book of Gods. The book is known to contain many secrets that you can use to unlock the mysteries of wealth. Wouldn’t you like to get your hands on this book? If so, you will have to play the Book Of Demi Gods IV slot. However, the task will not be easy! In order to get the book of gods, you have to face Odin, Loki, Thor and Freya.

If you manage to receive their blessings, you will be able to win big in this online casino game during your sessions. To participate in this odyssey offered by the prominent developer Spinomenal, you need to place bets between 0.10€ and 100€. Its game is designed with 5 reels, 3 rows and offers up to 10 paylines just like the previous version, Book Of Demi Gods III. The jackpot that you can win if you manage to come into possession of the book of gods is 5,000 times the initial bet.

To help you in this exciting adventure, Spinomenal has not failed to include several bonus features in the Book Of Demi Gods IV no download slot. During your sessions, you will be entitled to wild cards, free spins, multipliers and many others that will increase your chances of winning. This production was released by Spinomenal on June 1st. If you are interested in playing it, we recommend one of the casinos partnering with this software developer below. Remember that like the previous versions, Book Of Demi Gods IV integrates HTML5 technology. It is therefore easily accessible on cell phones. Casino slots with book themes are realy popular long time in top Dama N.V. casinos.